Ownership at Work is an independent charitable think tank working to increase awareness and knowledge of employee ownership in the UK, and research partner to the Employee Ownership Association.

To promote employee ownership and employee engagement as an economic and social enabler.

Ownership at Work aims to be a leading thinker and contributor in the national policy debate, conducting and publishing research, guidance and information as a think tank for the employee owned sector.

“Employee ownership is founded on effective collaboration and partnership working. Ownership at Work exists to drive forward research, guidance and innovative thinking to support this incredibly fair and effective way of doing business. I welcome interest from companies, charitable bodies, academic institutions and any other individuals or organisations who want to learn more and potentially become our partners.” 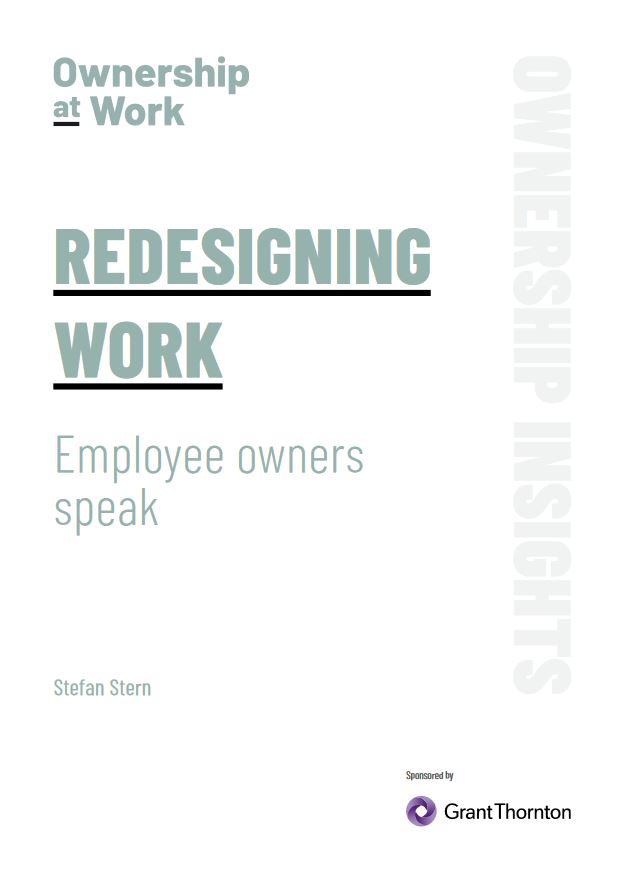 This paper sets out, in employees’ own words, how an ownership culture can enhance that relationship to create businesses more adaptable, sustainable and with the potential to be more resilient and profitable in the longer term. The ongoing success of employee-owned enterprises presents valuable insight for all businesses, whether employee owned or not, on engagement and communication, roles and responsibilities and how providing employees with a greater share and a greater say could evolve to the benefit of all in the future. more 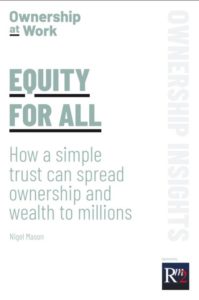 This paper is a radical plan to encourage more companies to give employees a stake in the business in which they work that could create 1.5 million employee owners by 2030 and the biggest share out of wealth in a generation. more 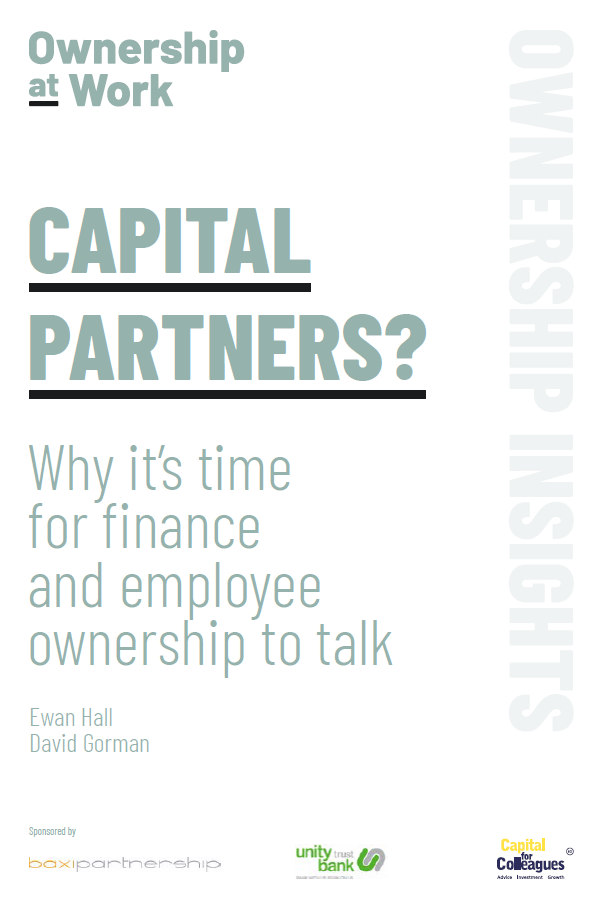 This paper highlights a huge missed opportunity for the UK's financial institutions. It explores why so many employee owned firms say they can't access the right finance - despite ticking all the right boxes for lending and investment. more

Redesigning the CEO - how employee ownership changes the art of leadership 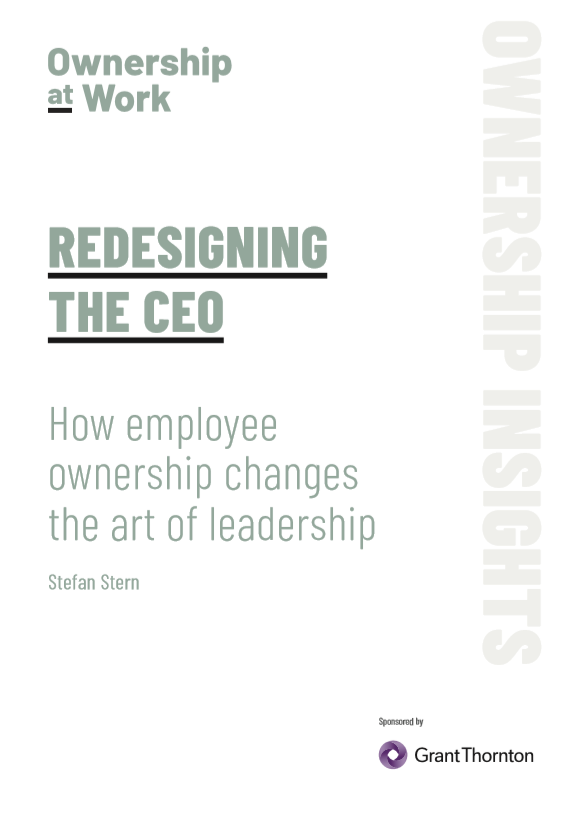 This report investigates how employee ownership changes the art of leadership. Authored by eminent business and management writer, Stefan Stern, the paper is based on a series of interviews with the leaders of ten employee owned businesses. more This report calls on the Government to implement plans that would let employees turn part of their pay into shares in the business where they work, with Government matching that sum via the British Business Bank. The scheme could save thousands of furloughed jobs in small businesses and turn employees into shareholders more

Initially, Ownership at Work aims to build on the report The Ownership Dividend – the economic case for employee ownership which published in June 2018 and features the evidence, findings and recommendations of the year-long Ownership Effect Inquiry.

Led by the EOA, in partnership with John Lewis Partnership, The eaga Trust and the academic support of CASS Business School and Manchester Business School, the inquiry was one of the most comprehensive studies of employee ownership in the UK.

More than 100 employee owned businesses (EOBs) and those who advise them gave evidence to an independent business-led panel of representatives from Britain’s leading business and professional organisations at seven hearings across the UK. 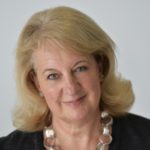 Ann Tyler is Chair of Ownership at Work. A Cambridge graduate and qualified solicitor, she has over 30 years’ experience of legal and policy advice, and consulting work, in the field of employee ownership. She advised on employee ownership schemes in a wide variety or public and private companies, setting up the first ESOP in the UK, in Roadchef Limited. 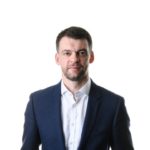 Clayton Hirst is a corporate affairs specialist, with 25 years’ experience working in policy, communications and public affairs. He headed corporate affairs at John Lewis Partnership through a period of extraordinary change with Britain leaving the EU and the COVID-19 crisis. 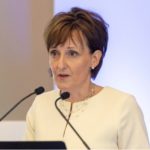 Deb Oxley OBE is the CEO of the Employee Ownership Association (EOA), the UKs leading voice on employee ownership, representing a sector that contributes between £30-40bn a year to UK GDP as well as a membership organisation for UK businesses of private or public sector origin, that are wholly or partially owned by their employees. 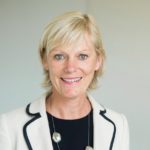 In 2006 Jo was instrumental in establishing the first social enterprise to come out of the NHS in England; she led CSH Surrey for eleven years tripling its size. This paved the way for a national strategy encouraging the development of social businesses and employee ownership. In 2011 Jo was invited by the then Secretary of State for the Cabinet Office to join the Mutuals’ Taskforce to create opportunities for employee ownership within the public sector. 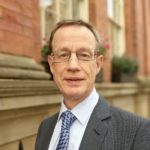 Malcolm is a partner at Wrigleys and head of the Charity and Social Economy Team. He is a charity commercial lawyer and was an executive committee member of the Charity Law Association until June 2013.

He qualified in 1983 and has been advising on the legal, trust and tax aspects of employee ownership since 1987. 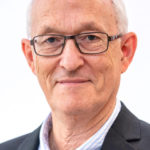 Patrick Burns is a board member of the Employee Ownership Association and was its chief executive from 2004-11, transforming it from a campaign group into the acknowledged voice of the UK’s £30 billion employee ownership sector. Patrick’s role with EOI is supported by social investor the eaga Trust, principal sponsor of EOA’s year-long business led Ownership Effect Inquiry which culminated in publication of the Ownership Dividend report in June 2018.

Ownership at Work – Advisory Board

Ownership at Work is supported by Advisory Board of eminent individuals who will offer the think tank their perspective and ideas on the confluence of business and ownership. Read more>