Together we can aim to grow twice as much in half the time! | CEO blog

This year is the 10th EO Day with the theme of #GrowEO – today, at 50 days to go to the June 24 celebration, I reflect on the moments that really helped the sector grow.

Together with you our members and stakeholders we have driven the growth of the EOA and the sector over the past 10 years. We have reflected the learnings of this journey in our asks for this year’s EO Day. 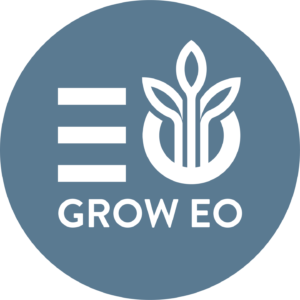 In 2012, the EOA was working with Graeme Nuttall and John Lewis Partnership to influence government on what became the employee ownership trust (EOT), an activity that followed up on the Nutall Review of Employee Ownership in 2012.

In 2013, the late Nigel Mason, founder of RM2, a leading light in employee ownership, share schemes and policy, in partnership with the EOA, launched the first Top 50 Employee Owned businesses, measuring the impact of the larger end of the sector.

The Government launched the EOT via the Finance Act 2014, offering a tax-advantaged share scheme to deliver indirect employee ownership. The following year, a time when the EOA had 200 members, the first EOT survey logged that there were 42 EOTs, more than half of which had fewer than 50 employees.

In 2016, trust was the big issue of the day, and while trust – in institutions, business, and the government – was decreasing, our You Gov poll showed that 58% of people had greater trust for employee-owned businesses than non-EO businesses.

The following year, the White Rose Survey evidenced the changing shape of the EO sector, recording 300 EO businesses and a 60% increase from 2010-2017. We then delivered the Ownership Effect Inquiry, with a business-led panel of more than 20 business organisation representatives, hearing evidence from 100 businesses at seven sessions across the UK.

In 2018, the resulting report, the Ownership Dividend, created interest and we began to grow relationships and reach with the panellist organisations such as the Federation of Small Businesses, The Institute of Directors and the ICAEW. Meanwhile, we learned from the US, as both sides of the aisle signed the Main Street Employee Ownership Act to grow employee ownership across America.

As the EOA turned 40 in 2019, we had 350 members. We supported the announcement of Richer Sounds’ transition to employee ownership which hit broadsheets, red-tops, and broadcast alike, building on coverage of other well-known transitions such as Aardman Animations and Riverford Organic Farmers. The building of momentum saw the EOA Annual Conference hit 720 attendees for the first time, EO Day reaching more than 1Million social media accounts and the start of a partnership project with Co-operatives UK, the #1MillionOwners campaign, and the scoping of the supporting project called the Ownership Hub.

In 2020, as the pandemic took hold, we wondered what we and the world would look like. We reached out to support our members with a series of 10 webinars on hibernating, sustaining, pivoting, and thriving during the pandemic and we delivered the three-day EO Boost virtual learning event with more than 1,800 registrants across the offer. The sector measured 470 businesses; however, the pandemic caused business owners to question what would happen if they were not around, supporting a surge in employee ownership.

From 2020 to June 2021, 250 new employee-owned businesses totalling 730 were recorded on last year’s EO Day, with most new EOBs using the EOT model. The EOA then started to plan its transformation, and an ambitious growth strategy. We launched the Ownership Hub in its first location – South Yorkshire – with two other areas in the pipeline.

In 2022, we now have 550 members and seek to grow our proposition, evidence base, and partnerships to #GrowEO.

Our learnings from the past decade have informed our ‘tell10’ list of things you can do to celebrate EO Day and help us to #GrowEO in our campaign pack, including the opportunity to enter our EO Stories competition and register as future research partners for our ambitious research and insight project the EO Knowledge Programme.

Together we can aim to grow twice as much in half the time!

Pick one or more of the 10, and tell us what you are doing via eoday@employeeownership.co.uk