Merlin Energy Resources Ltd. (MERL) was originally formed by 6 former colleagues of Clyde Petroleum on 1st May 1998, as a subsurface geoscience and data management consultancy. Initially the shares were owned by the founder members supported by a third party company. Over subsequent years, as employee numbers grew, the third party was bought out and individual shareholders changed. As many of the principal shareholders started reaching retirement age, it was decided that a new model of ownership should be investigated to allow the company to continue for the benefit of all staff.  Merlin became 100% employee owned on 1st July 2016, with the process advised and supported by Robert Postlethwaite and Capital for Colleagues.  The occasion was celebrated in a suitable fashion for Herefordshire, with a tour of a local cider factory followed by a family party.

To facilitate the new EO company, Merlin Energy Employee Trustees Limited (MEETL) was created to hold the shareholding on behalf of the Employee Owners. The board of MEETL is comprised of one MERL board-appointed trustee director, one staff member elected by a ballot and an external non-executive trustee director.  The MEETL board is thus balanced, providing employee representation and additional business acumen from the external director.  Last year on 1st July 2020, the final payment of the original shareholder’s shares was made and so MEETL is now “debt free”.

The last 5 years have seen some trying times for the company, including an oil price crash and the continuing Covid-19 pandemic, all against the backdrop of the emerging Energy Transition. However, being employee owned over this period has resulted in staff being part of the conversation, consulted, and informed at decision points along the way. This has had real benefits by engaging staff beyond their usual roles.  It has enabled them to feel part of the company and to help direct its way forward, providing a wealth of ideas for the future, as Employee Owners have been fully engaged in company-wide New Ventures brainstorming sessions.  This, in addition to the vaccination roll out, has developed a new feeling of optimism within Merlin.

The last 5 years has not all been about the day to day though.  As employee owners we have had offsite meetings to think about the future and engaged in regular EO Voice meetings, both of which have provided a platform to raise issues and discuss relevant topics with the whole company. Social team building events have also been an important feature over the years. They have often taken place outdoors, appealing to our geoscience nature, and have included canoeing along the River Wye and walks around the local area. This year, our 5th Anniversary celebrations were no exception. We spent the day exploring the history of Gloucester with team treasure hunts, followed by a BBQ lunch. This was followed by the inevitable team building task – to construct a bridge. Have a look at the pictures to see how we did! 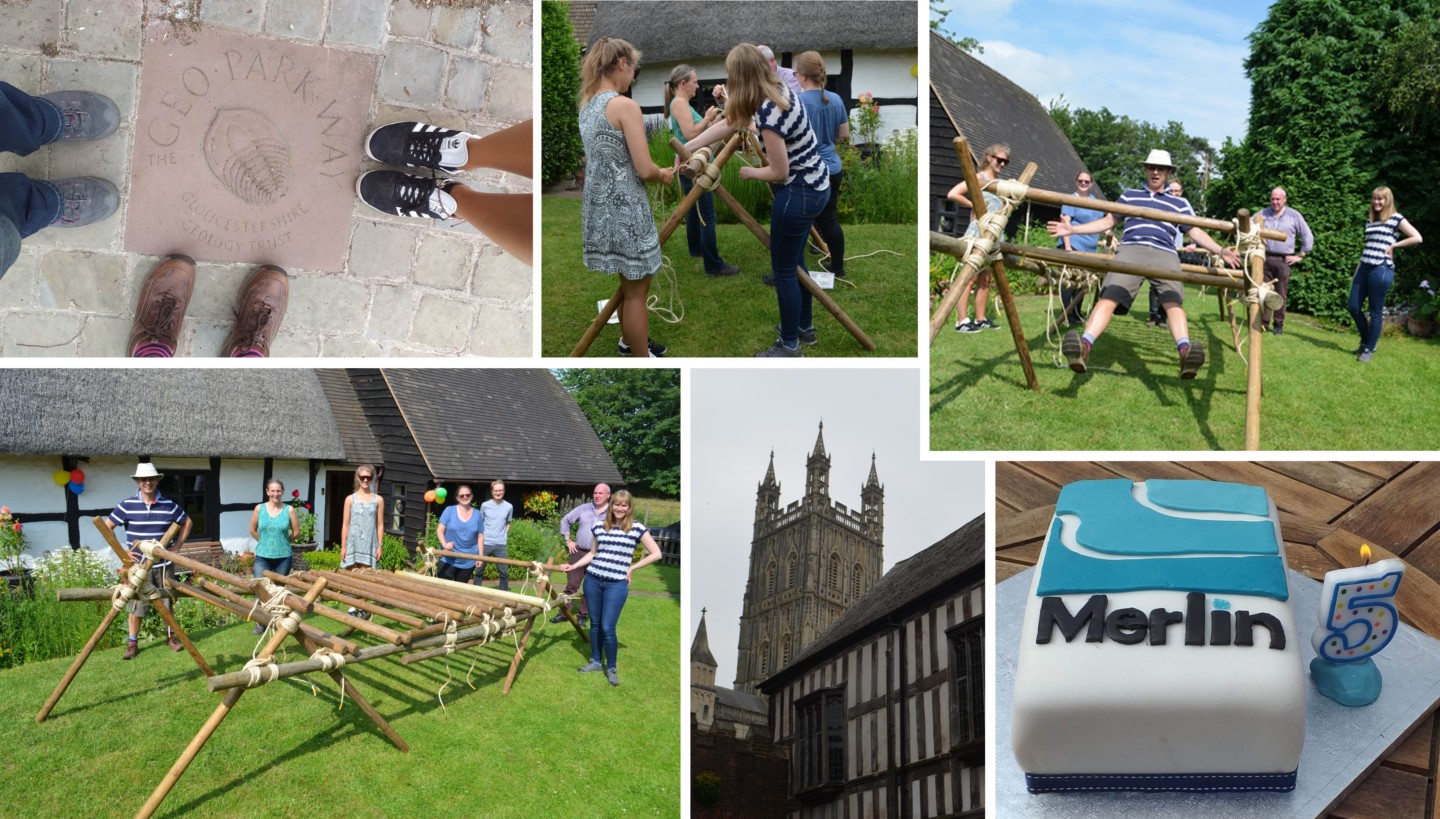