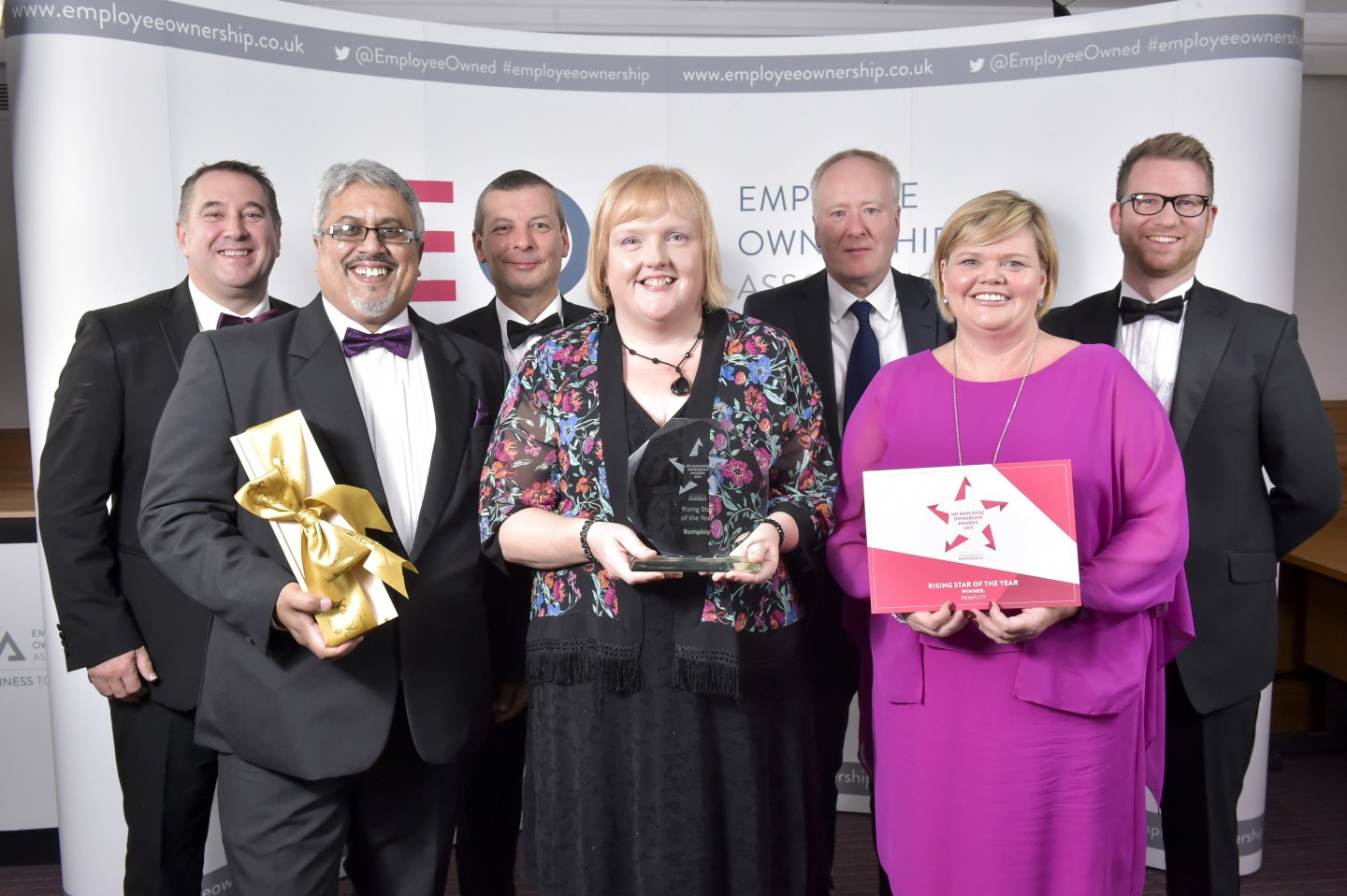 Winner of the Rising Star category at last year’s UK EO Awards, find out how a public service spin out into employee ownership enabled Remploy to fulfil its mission by delivering ‘profit with a purpose’

As the UK’s leading provider of disability employment since 1946, Remploy’s mission is to successfully support disabled people in achieving sustainable paid work in order to achieve economic and social independence.

After 70 years as a government-owned, not-for-profit organisation, Remploy felt that its commercial growth was being significantly impaired by its public sector status and began to explore the option of a spin out.

Business leaders sought a structure that would enhance the already highly collegiate culture within the organisation, whilst remaining politically acceptable to wider government. There was a very real need to satisfy political stakeholders that, although Remploy would become a profit making organisation, the business values and mission would always be at the heart of its operations.

Having considered options including conversion to a charity or community interest organisation, Remploy decided that a model which merged a joint venture with a private enterprise and an employee ownership structure would fulfil all objectives. Backing from an investment partner would offer real financial stability and in turn support commerciality, whilst the employee ownership element would allow the existing ethos and belief systems within the business to be retained.

In April 2015, Remploy formed a new organisation, with 70% of the business becoming owned by US-based MAXIMUS and the remaining 30% stake gifted to its 800 employees and held by a newly formed Employee Benefit Trust (EBT).

Despite having a minority stake on paper, Remploy has made significant investment in embedding a strong employee ownership culture within the business. Recognising its potential, MAXIMUS allocated £120,000 to financing the development of the EO model in year one and, in a very short space of time, a robust infrastructure was developed. Core communications relating to the transition were issued to all employees, and an employee council was subsequently established via two rounds of elections, both of which achieved a turnout of 78% and upwards. EBT trustees were appointed, including two employee-elected Board members. In addition to obligatory governance powers, 15 reserved matters were agreed and written into the articles of the business, giving all employees a true say over key issues, such as mission, brand and shareholder allocation.

It was this clear commitment from leadership in terms of resource, combined with the apparent staff engagement and resultant progress made that led to Remploy entering, and ultimately winning, the Rising Star category at the 2015 UK EO Awards.

Having undertaken various learning visits to existing employee owned businesses, Remploy was confident that the demonstrable change which occurred at such a rapid rate of pace would position the business favourably for an award.

The initial business objectives for entering the 2015 Awards were three-fold: to recognise the efforts of all colleagues; to raise the business’ profile amongst the EO community; and to reiterate to MAXIMUS that Remploy’s consistency in delivering best practice resulted in tangible commercial benefits.

With the awards win going down a storm with colleagues, adding weight to Remploy’s credibility within the sector and enhancing its wider reputation, the awards experience proved to be wholly positive, as has the whole transition process.

For Remploy, the move to employee ownership has allowed the business to achieve things that simply would not have been possible had it remained under public control. No longer subject to austerity rules or restricted by public sector administration, Remploy’s first year as an employee owned organisation has seen the business successfully diversify into new markets.

As a result, securing several new high-profile contracts, on top of delivering existing contracts, has been responsible for a significant boost to profits, allowing the business to pay a performance bonus to every member of staff for the very first time in December 2015. This was further supplemented in April with an additional dividend payment allocated through the EBT.

Broadening the positive social value of Remploy’s work remains, as it always has done, a core consideration for the team, with the entire organisation resolutely focused on ensuring it generates ‘profit with a purpose’. As part of this, in the coming months, the business is set to donate more than £150,000 to a cohort of disability charities and good causes, selected by Remploy colleagues – a move which clearly communicates a level of care and commitment that extends far beyond the day job.